The Portland, Oregon Cinema Project seems to be more geared toward year-round screening blocks rather than festival-style competitions. The program's website states: "Through screenings and lectures we work to foster an informed viewing public that will support the wider circulation and critical appreciation of film and video art." According to the program's website, the Cinema Project has been running since Autumn of 2003, showcasing work from Chris Marker, Stan Brakhage, Robert Todd, and many others. Here are a few notable films that the Cinema Project has screened:

There's A Pervert In Our Pool! by Martha Colburn (1998), 2:30 min.
An animated short depicting a wild pool party full of exotic animals and celebrity figures to the rapid-fire poetry of Fred Collins. The film uses a 'flat-puppet' style of animation similar to Terry Gilliam's Monty Python cartoons. This one seems to be in the same vein as "Christmas on Earth" in terms of content, but more along the lines of "Cosmic Ray" in terms of attitude. The clip linked above does not appear as explicit as anything in "Christmas on Earth" or "Flaming Creatures", but it has a bizarre sense of playfulness to it.

Live to Tell by Benny Nemerofsky Ramsay (2002), 5:30 min.
The initial concept, a man dancing/reacting to Madonna's "Live to Tell", doesn't sound like a terribly interesting piece. But the film is presented as footage from sixteen different surveillance cameras, which might place this in the vein of performance documentation discussed in the Mekas reading. This film won two prizes: the Experimental Prize, Hamburg Short Film Festival 2003, and the Kassel Videofestival Stipendium Prize 2003.

In My Language by Amanda Baggs (2007), 8:35 min.
This is another film that more explicitly documents real life, in this case the life of an autistic person. Here, the video's creator demonstrates the kind of personal language that someone with autism might develop and use, then presents narration explaining it. While playing at festivals such as the Cinema Project, this video can also be found on YouTube, and has been featured on CNN. 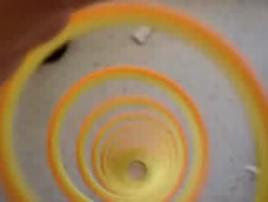 Curious About Existence by Duke and Battersby (2003), 11 min.
This video short is split into four segments, each depicting a kind of curiosity about the world around us. I am recommending this film, because it takes a different approach to the sort of 'multimedia' experimental pieces we have seen thus far in the class. Poetry readings, animation, and classroom footage make up the elements of this film. 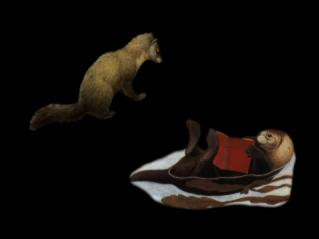