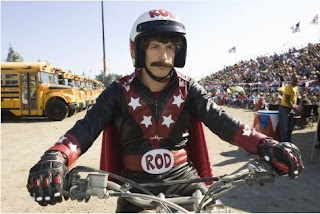 Here's the part where I have to say, "Hear me out on this one..."  As far as straight comedy goes, I'm a pretty tough sell, doubly so when we're talking about anything involving SNL cast members.  So it came as a pretty big surprise when I found Hot Rod to be unexpectedly hilarious.  The plot itself isn't anything special, but the way Schaffer, Samberg, et al string together absurdist humor is...let's say unique. 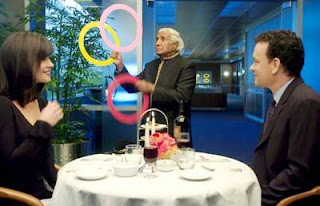 Sandwiched firmly in the middle of Spielberg's 2001-2005 creative spurt is The Terminal, one of a litany of films dealing with post-9/11 anxieties.  Spielberg's decision to apply a Capra-corn approach to the tale of Viktor Navorski (a role in which Tom Hanks provides a square mile of heart) may make it seem needlessly schmaltzy to some, but for me it makes the film infinitely more palatable. 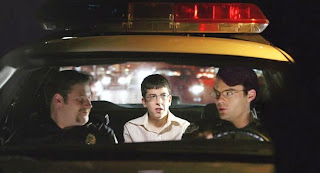 With the explosion of the Judd Apatow brand of comedy, one of them was bound to rise above the rest.  Some prefer Knocked Up, others prefer Forgetting Sarah Marshall.  For me, the best is Superbad, not because of how crude the humor is or how incredibly, latently gay Seth and Evan are.  This one stuck with me for recapturing the notion of the teen sex comedy as some kind of grand adventure.  And the opening credits are pretty classy as well.

What separates Revenge of the Sith from the other two prequels is that things actually happen, and they're things that the fans actually care about.  Just as this was the story the fans had always wanted, it's pretty clear that this is the prequel that George Lucas always wanted to make.  The other two were just filler.  There are a couple of groaners, sure, but the sheer entertainment on display here is a reminder of how good Star Wars used to be. 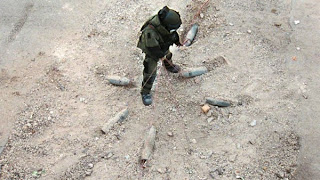 How do you make a movie about a war where there is no clearly defined enemy?  Remove the enemy entirely.  Bigelow's film about a bomb squad in Iraq is incredibly well photographed, and each scene in which SSgt. James defuses a bomb is exponentially more tense than the last.  The Hurt Locker is a very different kind of war film, and it's all the better for it.