Apologies for the delay.  To make up for it, I'm gonna bombard you with the rest of the list right now.  If you need a refresher, check out #85-81.  Let's get to it. 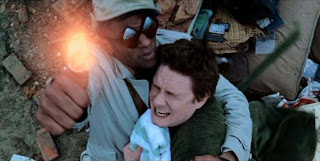 A lot of people complained that the film version of Douglas Adams' book wasn't faithful to the original, completely forgetting that each adaptation of the story is fundamentally different from the last.  What Garth Jennings manages is to take Adams' story and use it to satirize some of the more ridiculous conventions of modern sci-fi cinema.  It's a damn shame the film didn't make any money, because this was a franchise that could've only gotten better. 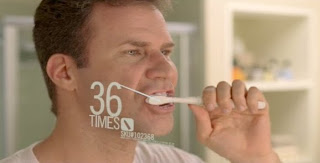 On the outside the film feels like a poor man's Adaptation, but underneath cursory similarities, Stranger Than Fiction is a sobering reminder of just how confined we are to routine, the mundane, and the blandness of the real world.  While the central conceit is pure fantasy, the only magic in Harold Crick's life is the magic he has to create himself.  This is easily Will Ferrell's best performance. 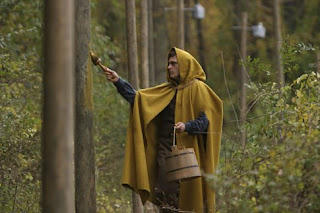 People love to dump on Shyamalan lately, and despite the fact that The Happening is easily his worst film, I still don't understand all the hate for The Village.  It's less about the scares than most would have liked, and the twist is pretty easy to see coming.  Despite that, this is a remarkably deft film about how we handle our fears, and the performances by Bryce Dallas Howard and Adrien Brody are some of their best work.  Screw the haters, I love The Village.

Speaking of 'screw the haters', Speed Racer is awesome.  After the disappointing double-whammy of the Matrix sequels, I was eager to see how the Wachowskis would bounce back.  I never expected a live-action remake of a classic anime series.  The sheer amount of energy and aggressive effects wizardry on display here is infections.  Sure, it's a big, silly cartoon, but it's one of the most purely entertaining films I've ever seen. 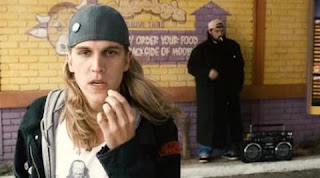 Clerks II is the sequel nobody asked for, let alone expected.  As it turned out, there was still material to be mined from Dante and Randall ten years after the fact.  In a sense, it's basically the same as the original Clerks.  Where this film shines is in creating a long, slow burn that eventually explodes in one of the strangest third acts I've ever seen.  It's equal parts disgusting and poignant, and I wouldn't have had it any other way.

https://www-communication.blogspot.com.eg/
visit it it the best to me

Gclub69 Mobile Entertainment When it comes to casino games, many people will go to the casino on a side of the casino with casino games. Golden slot There is a paradise on the soil that many people love and often visit the opportunity to visit a few times that many people already know that going to play it takes a long time and use the funds. I A lot If you do not have enough money, you can only dream. Nowadays, online casino games have evolved dramatically, because they can be easily played online without having to spend hours playing. Just as you come in, you will find the luxury of creating as if you have a casino of your own. Online play is very modern and comfortable for anyone who loves to play casino games, they would not miss to enjoy the full online casino games 24 I'm sure that the mood is not different. Gambling online is where we want you to have fun and enjoy the fun with us. สล็อตออนไลน์