Oh, the countless wonderful things you can find at a flea market. I've fallen into the habit of heading out to the NC State Fairgrounds every Saturday afternoon to sift through the mass of junk and whatnots to see what I can find. In particular, I keep an eye out for derelict video games and their respective consoles. Two weeks ago I came away with a fully functional Super NES.

Today, I poked through one particular booth, when I came across some older Super NES carts. All of them sports titles, not worth the plastic they're made out of. Underneath the table, though I saw a box. Poking out of the box was the top of an NES joystick.

So I came home with my prize. Not entirely sure what it was I'd just paid for. All I knew was that I'd scored an NES QuickShot for a dollar. Good enough for me. Once I got home, I unloaded the box and found the following: 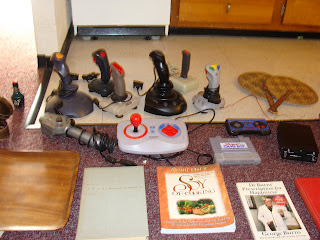 This. I paid one dollar, one hunderd pennies, for this. Let's take a closer look. 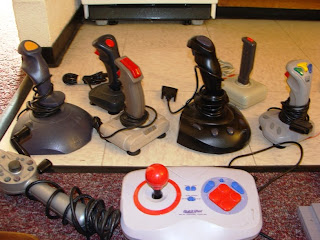 Near as I can figure it, there's two PC joysticks, two Super NES sticks, two Atari 2600 sticks, a PSX fishing rod, and an NES QuickShot. Now, I really have no use for half of these, but I'm sure I can hawk these elsewhere and make a profit (I mean, geez, I paid a dollar for all these). The PC joysticks might be dumpster fodder, though. 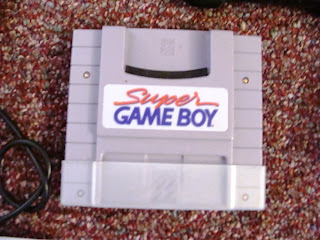 Ah, this. I'd have paid several dollars for one of these guys. What's best is, this looks to be in nearly perfect condition. Now I can play Game Boy games on my Super NES on my flatscreen TV! This is all more or less what I was most interested in. But wait! There's more... 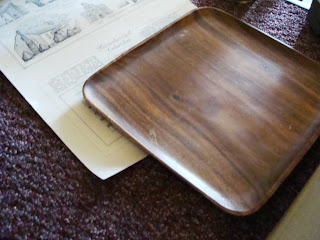 I'm not sure if this is supposed to be a cutting board or not. Doesn't really matter, because I fully intend on using it as such. Underneath it is some kind of poster of Franklin College (beats me) of unknown age. 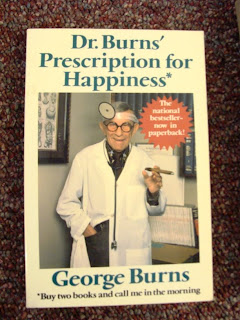 Hmm. There's a picture inside of George Burns posing with no less than ten Las Vegas showgirls. This might actually be worth a read. 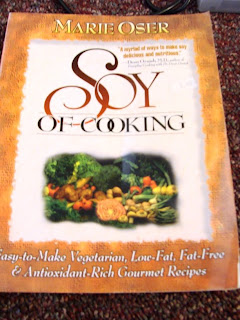 Hah! See what they've done there? They've taken all the 'Joy' out of the Joy of Cooking and replaced it with 'Soy'! Ho ho! ...ugh. 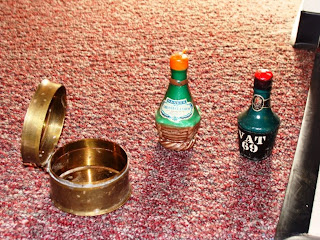 Um...hmm. These appear to be candles, and I'd wager they both are liquor scented, though I sincerely hope not. Not that I really have any intention of burning them. Then there's the tin, which I'm not sure what to make of. Is it an old tobacco tin? An old shaving cream tin? What? Beats me.

Also in the box was an ancient dashboard cassette player, a CD titled "Yellowman Sings the Blues", yet another game controller whose origin and use is completely unknown to me, and an apron. Now, I have no idea what I'm going to do with all this other stuff. The books and the CD I can probably hawk at a second hand store or just donate to Goodwill or something. Otherwise, I'm sure the guy was just glad somebody paid him so they could throw his junk away from him.