I want to begin by restating the fact that I think Heath Ledger pulled off a colossal performance as The Joker in last month's The Dark Knight. It's a terrible thing that he's gone now and will never make another screen appearance as the green-haired villian, let alone as anyone else (except, of course, for Dr. Parnassus).

Having said that, I want to raise a question to you. Provided that they incorporate The Joker in the next Batman flick as a minor character rather than the chief villain, would it really be such a bad thing for them to simply recast the role? 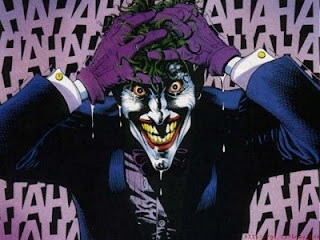 I've done some ruminating on the subject and, in my estimation, the only way recasting The Joker would hurt the next film would be to make him the central villain again. This would still be a bad idea even if Heath Ledger were still alive, because no sane filmmaker would have Batman fight the same villain twice in two consecutive films. That's just franchise suicide, and Christopher Nolan knows this.

The only real way to bring The Joker back for the next film would be to have him pop up once or twice much in the same way that Scarecrow reappears in The Dark Knight. Of course, to some this may cheapen the character, since he is of course Batman's chief nemesis. But then, in the comics the two are always briefly running into each other and having a scuffle or two if they're not already in direct opposition. Consider the Joker's role in The Long Halloween for a good example of that (see below) 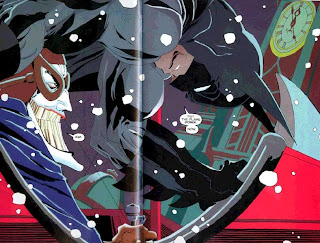 Then the issue becomes who to cast, and there are two directions they could go. First let's consider the fact that they may want to take The Joker into a slightly different direction. This is understandable, since they probably don't want to just get someone to ape Heath Ledger. Then the question becomes what direction do you take and which actor do you choose? Even before Ledger took the role, people had been clamoring for Crispin Glover or Mark Hamill, who voiced the character in Batman: The Animated Series.

Glover would be an interesting choice, but wouldn't his Joker just be a slightly more deranged version of his character in Willard? He could certainly pull it off, but it might seem like treading on old ground for him. Then there's Mark Hamill. He's got the voice for it, but the guy's just too old. I also sincerely doubt that Crispin Glover is the kind of actor who wants someone, even if it is Mark Hamill, dubbing over his lines. 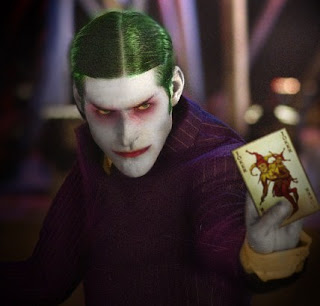 (A Photoshopped image of Crispin Glover as The Joker. Hmm...)
The other direction to take is to simply get a replacement. Find someone who can approximate the Ledger-Joker performance. Once the film dropped, I'm sure thousands of people the world over started working on their Joker impressions, and many of them probably live in Hollywood. Surely one of those people has perfected it. I can't imagine this is very hard to do. Hell, I can pull a passable Ledger-Joker voice. All you really need to do is speak with a drawl in a slightly nasal cadence. If you really study Ledger's performance, that's all the voice really is. His mannerisms, gait, body language and facial expressions are what take more time perfecting. And with a character who would really only be popping in and out of a few scenes anyway, how precise does this truly need to be?

The way I see it, The Joker would probably make an appearance behind bars at Arkham Asylum, bantering with Commissioner Gordon or whoever on how to stop Gotham's latest menace. He'd basically play the Hannibal Lectar role, or if you want to keep drawing parallels to the comics, he'd be filling in for Julian Day from The Long Halloween (see below). 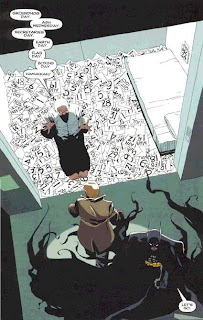 My whole point, whether I actually ended up at one or not, is that even though Heath Ledger gave a monster performance, his death should not prevent Christopther Nolan from bringing back Batman's biggest enemy, especially since the character's fate is never clearly stated. Yes, it would be a shame if they recast the role and that actor ruined the character, but there's really nowhere for them to go from here but down anyway. Leaving The Joker out of the next film entirely, however, would count as an automatic failure.

I certainly respect the actor and his work, but I also respect the character, and just want to see him get a fair shake on the big screen.
Posted by JP_Wade at 10:03 PM