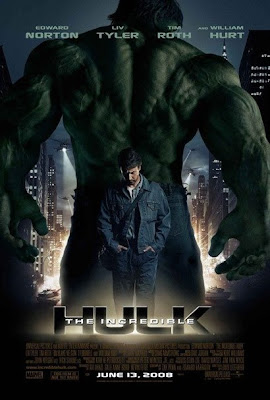 The ultimate legacy of Louis Leterrier's The Incredible Hulk will be found in how well Marvel Studios builds from this to give us films like Thor, Iron Man 2, and The Avengers. As a stand-alone experience the film is pretty light, and would be forgettable if not for the cast stepping up to give their characters the depth that they deserve.

Now, any discussion of this film isn't complete without mentioning the gigantic elephant in the room, and that's Ang Lee's 2003 Hulk. Personally, I think it's one of the better comic book adaptations out there, at least in terms of direction and performance, though I know a lot of people find that film far too slow and equally dense. Of course, these are the same people who wanted more "HULK SMASH" and less psycho-babble. This year's film gives those people exactly that. Everything that people hated about Ang Lee's film is gone in Louis Leterrier's film, which, as it turns out, was exactly what made the earlier film interesting in the first place.

As The Incredible Hulk begins, we see an intricate flashback sequence that tells the uninitiated everything they need to know. Bruce Banner (Edward Norton) undergoes a gamma radiation experiment that ends up turning him into the big green guy, and injuring Betty Ross (Liv Tyler) and her father (William Hurt), an army general who's particularly interested in Banner's research. Those who know comics inside and out will be rewarded with even more backstory within this segment. 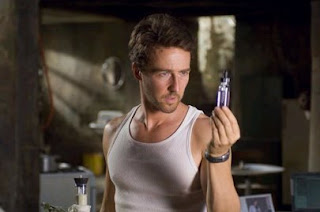 Right off the bat, one might think this Hulk won't stray too far from the style established in the 2003 film. But alas, things begin to break down not long after the opening credits. I'm not saying the film's style is bad, because the film doesn't really have much of a style to begin with. Louis Leterrier's roots are in action sequences, and it's in those scenes where his direction comes alive. All the connecting tissue plays out very simplistically, with none of the comic-book flair that made Ang Lee's film so much fun to watch.

One of the things that this film does very right is it's central villain. Emil Blonsky (Tim Roth) is a soldier committed to taking down the Hulk at all costs, including submitting himself to increasingly excessive "super serum" injections. The way Tim Roth plays Blonsky, you almost want to root for him to catch and stop the Hulk. Roth plays him as a man who not only wants to understand what he's gotten himself into, but also wants to take full advantage of that kind of power. It's a character that gets considerable mileage for his limited screen time.

Outside of Tim Roth, the rest of the cast feels - for lack of a better word - problematic. Edward Norton does fine as Bruce Banner, and he does a good job at channeling Bill Bixby, but Liv Tyler and William Hurt feel underutilized. Neither actor takes the time to really make the character their own, especially Hurt, who simply cannot hold a candle to the controlled fury of Sam Elliot's performance in Ang Lee's Hulk. Additionally, Tim Blake Nelson appears late in the film as a slightly wacky scientist eager to help Bruce cure himself. It's roles like this and Tim Roth's Emil Blonsky that give life to an otherwise dull cast of characters. 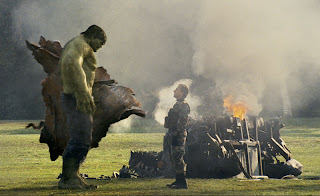 But is the action any good? Oh, definitely. The three faceoffs between Blonsky and the Hulk are tense, kinetic, and simply fun to watch. The second showdown in particular is staged very wisely, and displays the kind of smart action that made Iron Man so much fun. Not only does the Hulk get a lot to destroy, but General Ross' troops get some very cool weapons to play with as well.

Overall, The Incredible Hulk is standard action fare that fits in nicely with Iron Man, and whatever Marvel Studios is cooking up next. On it's own, however, the film simply isn't enough to sustain a franchise.